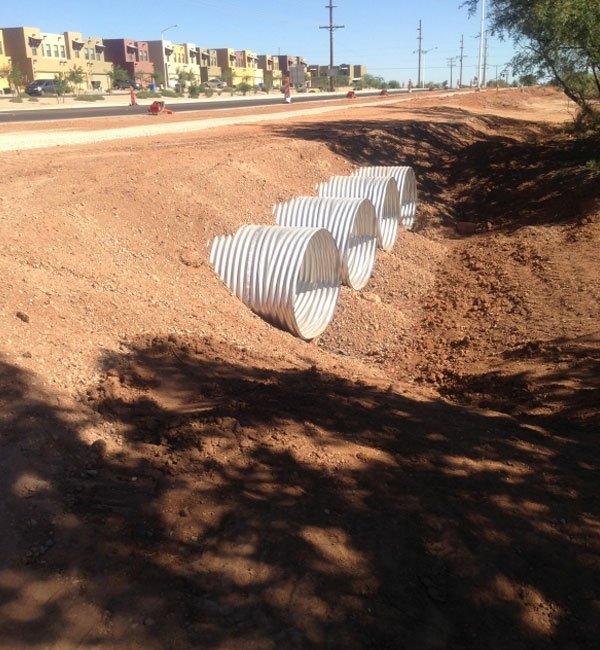 The scope of work is included a variety of components. Crews began the project by relocating the underground utilities, removing of the banks along the road and then ultimately rebuild the road way. KE&G also widened the one-lane roadway into a two-lane, improving the drainage to the roadway and increasing the flow of traffic along its path. In addition to paving, KE&G also installed approximately 4,510 SF of sidewalk, 3,560 LF of curb and gutter 8 sidewalk ramps. The project also consisted of installing 1,450 LF of grouted rip rap and placing 1250 SF of decomposed granite.

WANT TO WORK WITH US?

KE&G is a respected 100% employee-owned company that is committed to delivering safe, high-quality projects that exceed the expectations of our clients